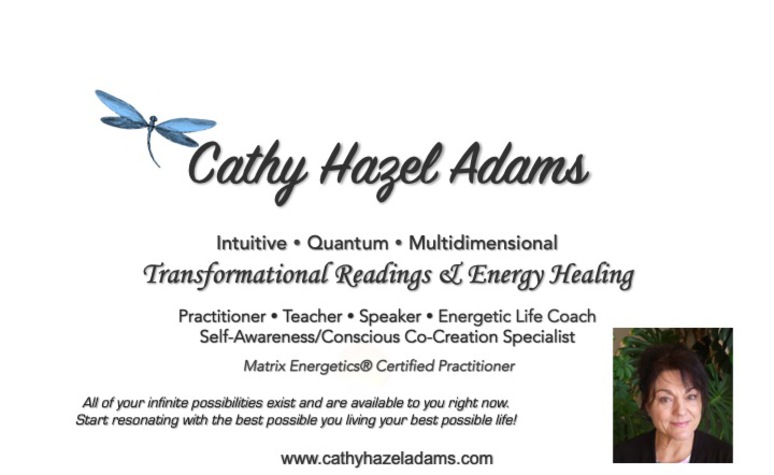 The Role of Quantum Physics In Energy Healing Sessions

Quantum physics describes how energy becomes matter, so it’s at play not only in every aspect of this work, but in every aspect of our lives and experience as well. Because quantum physics describes the process by which non-physical information - Ideas and Energy - become physical, it is at play in every healing modality, whether or not the practitioner even knows it.  The quantum principles at play in our transformational energy healing sessions are:

Quantum Entanglement and Action at a Distance, or Nonlocality:

When two quantum systems, such as electrons, photons, etc., are entangled, whatever is done to one will simultaneously and equally affect the other.  This is true whether they are 20 millimeters apart or 20,000 light years apart.  Since everything in our physical reality is a quantum system, including us, as Dr. Bartlett has pointed out, you and I can connect through the field of the Heart, and so be temporarily “entangled.”  (Entanglement between humans has been scientifically proven, by the way.)  The metaphysical world calls this "entrainment."  In this way I can perceive and resonate with the information in your new, better energetic blueprint, and you, as my "entangled particle" will also resonate with that same, better, energetic blueprint. These properties also explain why we can do our sessions in person or by phone (or Skype) - we're working outside the limitations of space and time, so our sessions are just as effective whether we're in the same room or are at opposite ends of the country...

It has been proven that an electron (which is a quantum system), does not exist as a particle in a particular location around its nucleus until it is observed to be there.  Before it is observed, or in between observations, it exists only as a wave, or cloud, of all possible locations: It is literally everywhere and nowhere at the same time (quantum superposition).  I believe it was Dr. Tiller who said that if we could see an atom, it would not look like the miniature solar system many of us were told it is, but more like a fuzzy tennis ball, with a cloud of possibility enveloping an unimaginably tiny nucleus in the center.

Time does not really exist (physics has proven this), so all possibilities are quite real and exist simultaneously in an infinite Present.  The electron can only be said to be in a certain location when someone observes it to be there.  And again, since everything in physical reality is a quantum system, including ourselves, we also have virtually infinite possibility available to us in every moment.

Physicist David Bohm explained this characteristic in terms of the entire universe being in reality a giant hologram, in which all possible holographic variations exist simultaneously, with a specific version of experience being realized when we're in alignment with the exact information contained  in that particluar part of the hologram.

Quantum Uncertainty, or Collapse of the Wave Function:

A quantum object or system cannot be said to exist in physical reality until it is observed to be there.  In our sessions, by going into the Area of All Possibility, which is known to science as the quantum vacuum field of probability, and is referred to by some as the Mind of God, we can move our observation from the old, less fulfilling state to a happier, healthier, more joyful and authentic one.

Quantum Discontinuity, or the proverbial Quantum Jump, or Leap:

A quantum object or system can appear at any place, at any time, within its field of probability without having to go through any intervening space or steps.  So an object at point A does not have to travel through points B and C to get to point D: it can literally be here one moment and there the next.  Since we humans are also quantum systems, it is possible for us to be in one state in one moment, and in a very different state in the next.  This is why change can happen so quickly in our sessions: to get from where we are to where we want to be, we don’t have to move through intervening stages.  I have believed and said for years that this is the principle at work in the miracles performed by Jesus, as described in the New Testament.  Dr. Bartlett has expressed the same idea in his seminars and books.

No portion of this website may be copied by any method,

for any reason, without permission.

Get Social With Us